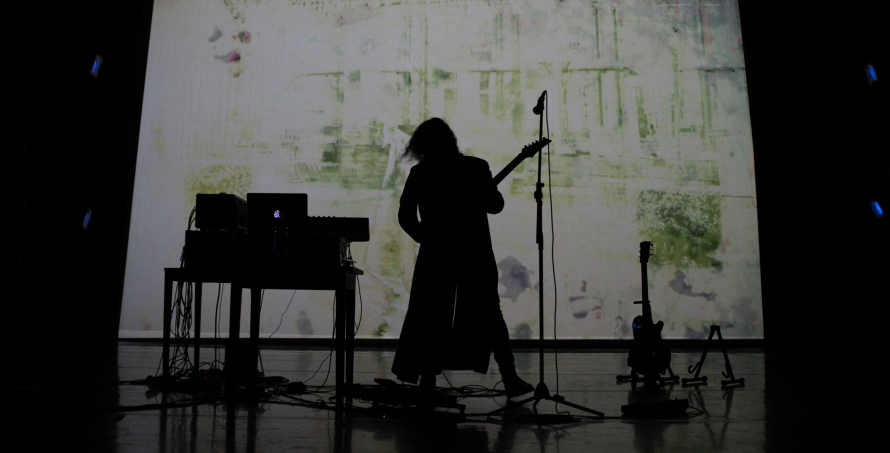 Born in Lisbon in the year 1980, Bruno is a sound engineer producer, thus composer and musician, playing guitar, bass and keyboards.
His musical career began at age 11 where he began to learn guitar and bass. At the age of 15, he entered the EPMA (Professional School of Music of Almada) where he studied for 4 years, developing his passion for this area and performing several works live and in studio. In this school he expanded his knowledge from classical to jazz. After completing his studies, he began to teach electric guitar at two schools in Portugal, where he was the founder of the discipline.
At this stage of his life he highlights learning composition with Luis Tinoco and guitar with Rui Luis Pereira-Dudas and Gonçalo Pereira.
He later worked as a sound technician for some companies, until he achieved a steady career at Vila do Bispo City Hall in the Algarve, where he was responsible for the planning and organization of musical and cultural events, with the role of sound engineer.
During this period he continued to be a guitar teacher but for the OJL Jazz Orchestra of the Algarve.
In 2009, he traveled to England (London) with the aim of moving forward in his career. He initially attended the Audio Engineering course at the SAE-London Institute, where he developed a deeper knowledge of different types of equipment, and had the opportunity to integrate all the technical procedures inherent to the sound engineer profession.
He made recordings at Abbot Street studios, where he produced a variety of musical genres, working with leading international musicians such as Kelly Minogue.
In September 2011 he completed his Master in Audio Production at the University of Westminster. With this academic degree he acquired a deep knowledge in the functions related to the world of audio production.
Between SAE-London and the University of Westminster, he had the opportunity to work with top professionals such as Bob Katz (mastering guru), Steve Albini (Nirvana sound engineer), Matt Hyde (producer of major metal bands such as Deftones, Slipknot and Slayer), Kevin Paul (sound engineer with credits in, for example, Depeche Mode, Nick Cave and David Bowie), Stephen Street (producer with credits in, for instance in, The Smiths, The Cranberries and Blur) or Justin Fraser (well-known instructor of Pro Tools and sound designer in, in particular, Harry Potter, Troy and BBC)
Back in Portugal he had for two years a space in Nirvana Studios where he created BZ 5 Records from which he exerts his profession internationally in the area of composition / production and sound engineering with artists of music and also for cinema and audiovisual works.
Bruno has been composing and performing live with c.e.m (research center in the studies of body and movement) performance gathering: “patio-how to live together more than one?” in the productions “infallible proposal to see if this results”, premiered in the Music Box in Lisbon (2015), “como vivir más que uno?”, premiered at La Tabacalera in Madrid (2016) , “What can a body?” Premiered at the Mu.sa-Museum of Arts of Sintra in the context of the Llansolian days organized by João Barrento (2016). Since 2014 he collaborates with the c.e.m-centro in movement, particularly within Pedras-practices with people and places in Lisbon, where he is responsible for radio programs and the creation of audio and video documentaries. He was a professor at ETIC-Lisbon in the course of HND Cinema and TV in the season of 2016/2017. In 2017, he composed and has since been performing live the solo music of Sofia Neuparth’s dance piece (“Sopro”) with the atmosphere by Margarida Agostinho, premiered within the scope of the Pedras17-Manual de Estar festival. This piece has been circulating in several places in mainland and insular Portugal and also in France (Paris and Lille). Since 2018 he has been continually invited to create promos in video-music-audio production mainly for projects related to dance-theater-performance. Between 2017 and 2019 he was immersed in the production of “AWAY” a solo music project (image by Play Bleu), a musical journey composed of a single section that integrates Bruno’s diverse experiences from metal to cinematic, to industrial, punk or classical music . AWAY was released in March 2020. In 2021 he started composing the album 4U having already released the instrumental single for guitar, 4U, on several platforms. The year of 2022 brought an increased intensity of work translated into 10 documentation films of the c.e.m-centro em movimento: Pedras-Práticas com Pessoas e Lugares (documentation that has produced an annual film since 2014) and 63 audio programs available across multiple platforms. In addition, he composed for the dance creation Sete Poemas, by Isadora Dantas, created the single “Negra Aurora”. 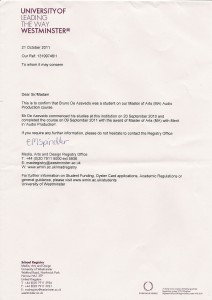